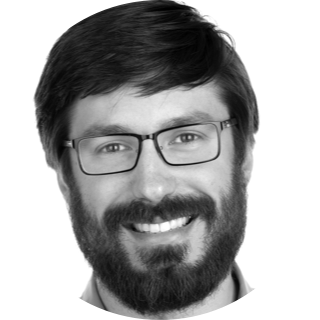 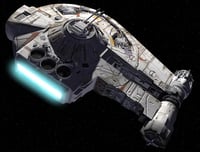 Recently, VitalSource retired our venerable, 18-year-old proprietary ebook format, known as Dash, DashML or VitalSource XML. As part of Dash’s retirement ceremony, we transitioned students using Dash books to EPUB versions, seamlessly maintaining all of their licenses, bookmarks, notes and highlights to make sure the big change, years in the making, was painless.

Engineering work on Dash began all the way back in 1997 with the (then quite risky!) decision to go with the new XML format for our product, rather than the “industry standard” at the time, SGML. Creating the format was what lead us to develop the flexible VitalBook format (for which we received a patent in the United States, Australia, Canada, The Peoples Republic of China, The European Union, Hong Kong, and India) in 2004. Dash survived for years – through the launch of our early apps VitalViewer and vitalsource KEY, and of course it was the first format built into our popular Bookshelf textbook apps still available today.

Dash was a hit with students – unlike PDFs, Dash supported a reflowable, responsive reading experience for different devices sizes, font sizes or layouts. It provided rich semantic markup, giving students an accessible eTextbook that could be read aloud using a screen reader more than a decade ahead of anyone else in the industry. Students could also explore figures and their captions, look up term definitions, and watch embedded videos. Surprisingly to many, we also had our own MathML renderer built into Dash, long before it was supported by any web browsers.

But Dash wasn’t easy. To build the custom XML needed to power Dash, the first books we released in those early years had to be physically shipped to India (2 copies…) and then manually marked up word by word, image by image. Rarely did most publishers have a full electronic copy in those days, and if it did exist, many did not even own the rights to that file. Keep in mind the Amazon Kindle wasn’t launched until late 2007!

Digital books have since been widely embraced. Along with more apps and more readers has come much better support for ebook standard formats, and better content publishing pipelines for our partners. We have championed EPUB as a quality open standard to anyone who will listen for years and it has been great to see publishers adopt the format at scale. In fact, EPUB was our most read format in 2017 – over 3 billion pages were read in Bookshelf last year, and 46% of them were read in an EPUB.

Better yet, with our industry-leading support for EPUB 3, an EPUB in Bookshelf can support everything Dash could support and more – rich media, interactives, quiz questions, activities, and anything under the sun that can help students learn can be added to an EPUB 3. So, sadly, it is time for Dash to retire – our last Dash page read was logged on December 9, 2017. But EPUB is here to stay!

Finally – as Dash heads out to pasture, I’m happy to reveal the biggest secret in VitalSource: why did we call it Dash? In typical VitalSource form, the name Dash is a pun. Trying to come up with a good code name for a rewrite of our rendering engine to make it faster, we landed on “Dash Render”, named after an obscure Star Wars character.

The combination of the pun on his last name, and “Dash” meaning fast (snappy performance was one of our primary goals) was irresistible. Plus, the shortness of “Dash" (four letters) made it a good prefix for class names and code files. Never expecting it to go beyond a private joke among the development team, it caught on companywide…and lasted almost two decades.

I have spent my entire career working with college and university campus stores to promote access to affordable course materials for all students. The academic success of college...

As you may have read about in either my post back in December or our recent press release with Pearson, VitalSource continues its commitment to improving and simplifying access...

My colleague Benny Johnson and I recently presented a paper for a special session on Adaptive Instructional Systems during the 22nd International Conference on Human-Computer...